Building Power in a Crisis of Social Reproduction


Our new text for Occupied Times:


A Horizon for Struggles and Practices

The Radical Collective Care Project is a small research group investigating the politics of collective practices of care. Our aim is to explore different methodologies from small self-organised experiments (such as mutual legal aid and housing cooperatives), to substantial movements (such as the PAH and Occupy Sandy) and models for policy (such as the historical one-kitchen house and proposals from feminist economics). On our website we’re putting together a modest showcase of examples from across this spectrum, to ask and learn about the specific challenges they face. We hope to map out a set of common knowledges and frequently occurring problems within this horizon. In the future we hope to find resources to expand the project and open it up to wider participation. 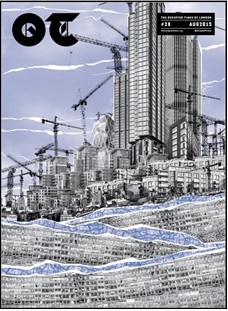 The crisis we are in is a profound one. It’s not just the economic system facing a crunch but also the mode of social organisation and reproduction, as well as ecological systems, reaching a tipping point. It’s a deep crisis, one that isn’t about to be resolved but rather will keep erupting, leading to new breakdowns at economic, societal and environmental levels. Our survival and flourishing on this planet can no longer be managed via abstract chains of exploitation because those chains increasingly break down. We in the Global North – at least those of us with northern papers and skin colour – have been able to get by thinking that we don’t depend on anyone, that we are our own masters. This is in line with the liberal subject that structures our societies and relations, which fetishises independence and thinks of itself as universal. Well, in fact, we do all depend on one another in global capitalism – we cannot think of societies as islands (whether at a national, ethnic or other level) because we depend on Chinese factory workers and Congolese miners as much as on Polish plumbers or Indian IT workers (to reiterate some major national industry professions).
It is time to transform these interdependencies into more sustainable and friendly ones, and the site of this struggle is social reproduction.

About the Radical Collective Care Practices Project – an interview-text

by B. Rübner-Hansen, J. Wieger and M. Zechner, questions by E. Krasny[1]

Beginnings /// Upon meeting in Vienna in 2012, at a workshop Manuela ran at VBKÖ (a historical association of women artists that aims to foster contemporary feminist artistic agendas, in Vienna), we found that we shared an interest in questions of care, social reproduction/reproductive labor and collective forms of organizing, food production and housing. We come from different fields and directions: Julia is interested in feminist approaches to architecture and was then starting research on the spatial relations of reproductive labor; Manuela had done extensive militant research on care networks via workshops and her PhD, in Spain and the UK notably; and Bue was working theoretically on the question of social reproduction under capitalism, keeping an eye on the emergent forms of self-organisation during the crisis in Europe. We decided to start a collective research process and a corresponding online platform structured around case studies.
Social and economic crisis /// The idea to start the project came up against the background of a social crisis convulsing Europe – at a time when the impact of the 2008 financial crisis could be felt ever more strongly in the so-called PIIGS countries and when austerity politics started to take effect, further dismantling the social institutions once provided by the (welfare)states throughout Europe. This situation was new in Europe, both in the experiences and dilemmas it posed and the collective and organisational responses it triggered. Autonomous self-reproduction has become a matter of necessity and survival for many people (as opposed to being a life-style choice).

Collective housing projects and their micro/macrocosms: an example from Leipzig 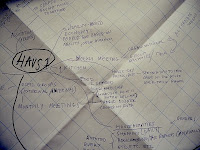 Here you can hear a conversation (2013) with an activist living in a collective housing project in Leipzig. Leipzig is a city of about half a million people located in the former GDR, towards the west of which there is currently a lot of collective housing projects being established. Most of them function on the basis of collective purchase. In this area of town there is a huge amount of infrastructures that support experimental ways of living together, from initiatives advising new house collectives in matters related to legal structures, renovation and finances (such as AG Beratung), or in relation to group processes and conflict mediation (such as Modem), community gardens (such as Nachbarschaftsgärten), food cooperatives (such as Rote Beete with its distribution points in various collective houses). Additionally, there are also connections to larger solidarity structures such as the Mietshäuser Syndikat which is developing models of collective ownership.


Below is the map we are drawing throughout the conversation (click to enlarge, it's high res).

The PAH has been one of the strongest social movements in Spain since 2011, fighting for fair access to housing and social rents through a politics of networked mutual aid and campaigning.

This entry focuses on the specific campaigns and organizational ways in which the PAH works, and briefly outlines the complex entwinings of different levels of crisis (housing, financial, sovereign debt, ...) in Spain as well as the legal situation surrounding mortgages (which involves host of old and new laws and many ongoing levels of contestation and reform). For now a summary description of the PAH from 15MPedia:

The Platform of People affected by mortgages / the subprime mortgage crisis, or PAH, is a social movement and platform struggling for decent housing, which emerged in Barcelona in February 2009 and now extends across the Spanish territory. It surged in response to the real estate crisis of 2008 that triggered the bursting of the Spanish housing bubble and became a strong part of the movements that later emerged in response to the sovereign debt crisis and austerity politics. It's part of the 15M movement, which kicked off in 2011.

The PAH brings together people who find it difficult to pay back their mortgages or find themselves in a process of eviction due to unpaid mortgages, and people in solidarity with this problem. It defines itself as 'a group of people who, unaffiliated with any party, recognizes that […] the current legal framework is designed to guarantee that banks cash in on debt, while at the same time the law gives no protection to the people with mortgages who are unable to cover their payments due to reasons such as unemployment or rising fees/interests'. It's a horizontal, non-violent and assembly-based movement unaffiliated with political parties.The PAH meets in assemblies that go through the different cases of people affected by the mortgage crisis and laws, to offer advice and mutual aid in order to give both practical and emotional support.In January 2013, the PAH was awarded the national prize for human rights. [i]

We are very interested in the organizational and everyday dimensions of the PAH, not just because struggling around housing is to struggle around a key dimension of social reproduction, but also because this is a movement that brings together collective care and popular support in a political practice that is both situated and widely networked.

Organising mutual forms of legal support: in the street, at the police station and in court

Some examples from London and the US


The police, the courts and prison clearly play a crucial role in controlling and repressing working class and migrant communities. During the student movement in the UK in 2010 for example individuals taking part in demonstrations against the tripling of tuition fees (from £3000/year to £9000/year) and the scrapping of the Education Maintenance Allowance were subject to aggressive public order policing designed to intimidate people, create divisions in the movement and criminalizise protest. Pretty much everybody going on demonstrations was observed and filmed, stopped and searched, contained (‘kettled’) for hours in freezing temperatures without access to toilets and water, and many were assaulted by the police with batons and shields. Many people were arrested and charged with often very serious charges (eg 'violent disorder’). While in many cases these charges ended up not sticking in the courts simply being charged and having to deal with the court system is a terrifying experience for most. It is also a very useful way to keep activists busy over long periods of time and stop them from doing work.